One of four such projects globally, Piedmont Lithium is the only project in the United States focused on spodumene conversion for the American electric vehicle and battery storage markets.

The Piedmont Lithium Project is located within the world-class Carolina Tin-Spodumene Belt (TSB) and along trend to the Hallman Beam and Kings Mountain mines, historically providing most of the western world’s lithium from the 1950s through the 1980s.  The TSB has been described as one of the largest lithium regions in the world and is located approximately 25 miles west of Charlotte, North Carolina.

Our core landholding currently consists of 1199 acres and we are actively and aggressively adding further options to considerably expand our presence in the region.

The Piedmont Lithium Project, which consists of options over an initial core landholding is focused on an area that has been explored for lithium dating back to the 1950’s where it was originally explored by Lithium Corporation of America, which was subsequently acquired by FMC Corporation. 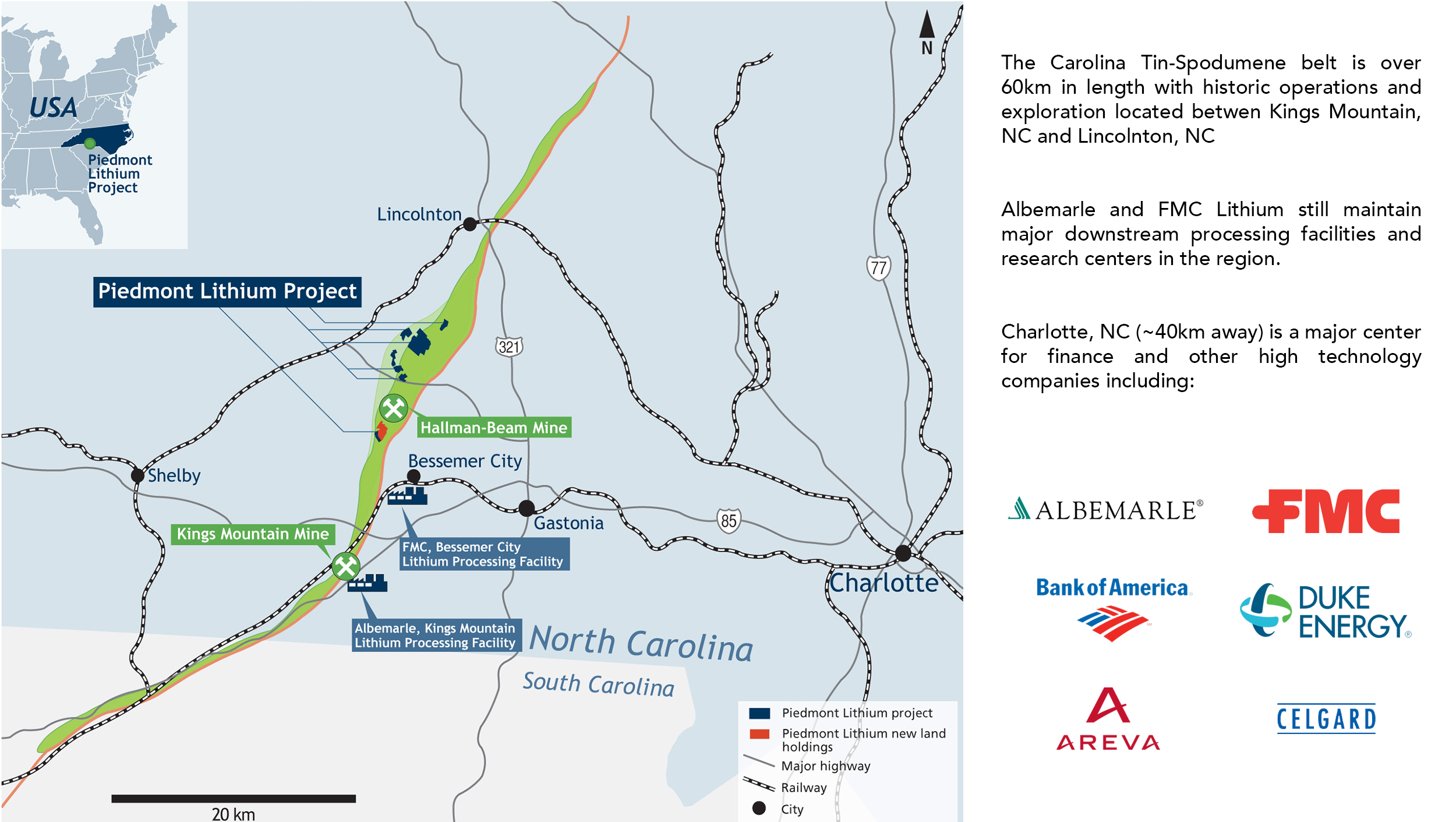 The Company is in a unique position to leverage its position as a first mover in restarting exploration in this historic lithium producing region with the aim of developing a strategic, U.S. domestic source of lithium to supply the increasing electric vehicle and battery storage markets.

The Company expects to complete its 20,000-meter Phase 3 Drilling Campaign and announce a maiden Resource within Q2 2018.

The region is one of the premier localities in the world to be exploring for lithium pegmatites given its favorable geology and ideal location with easy access to infrastructure, power, R&D centers for lithium and battery storage, major high-tech population centers and downstream lithium processing facilities. 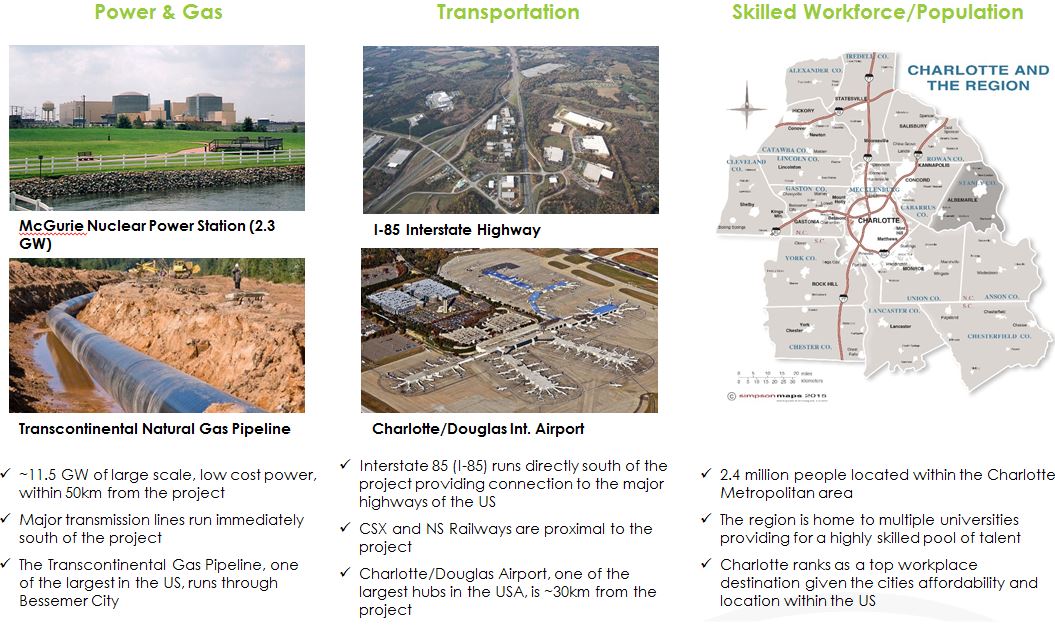